You are here: Home1 / Are disposable vapes harmful?

The past decade has seen the rise of popularity of E-cigarettes, especially the disposable vape pens. This was driven by the convenience of using one – the ease of portability, thanks to the smaller size and lightweight construction in comparison to a regular pod and the durability and longevity as compared to an electronic cigarette. A user can easily carry it around without much hassle. It’s the best of both worlds.

But as with anything popular, the criticism followed. The questions on the demographics of users and environmental & sustainability. The former has been addressed and regulated with stricter policies by banning the sales to minors in various countries across the world. The latter even though very valid is missing some key reasoning, the alternate pollutant – cigarettes.

Cigarettes not only have very harmful chemicals in them like acetone, arsenic cadmium etc to name a few of hundreds, it also has a very visible polluting component, the cigarette butt. The filter, as it is alternatively known, is made of cellulose acetate, a form of bio plastic. Yes, on the first glance the repercussions of these tiny butts are much smaller in comparison with a vape, but the statistics of the havoc it creates is mind bending. 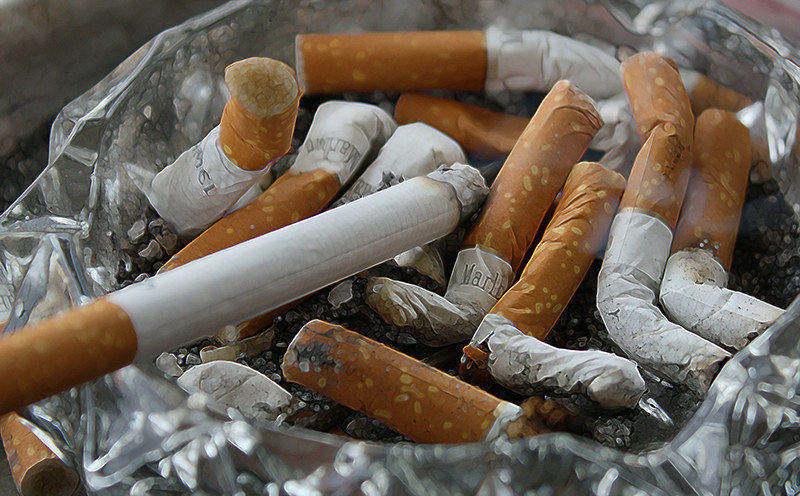 It is estimated that 5.6 trillion cigarettes are sold worldwide in a year. Each cigarette butt is about 0.2 grams. This comes to about 1.12 million tonnes of plastic waste! What’s even more uncomfortable is the fact that these cigarette butts amount upto 40% of the waste collected in clean up drives, which means they are not at all recycled or collected properly. Apart from the leaching of chemicals from the used cigarette butt like nicotine, arsenic, cadmium, lead into both air and ground water which affects the health especially of children, the plastic pollutes the sea and wreaks havoc on a larger systemic level as it also acts like microplastics.

X6, one of the best selling Whitefog vape has 5000 puffs. An average cigarette has about 20 puffs. A vape in that way is equivalent to 250 cigarettes. The vape is made of Stainless steel and polycarbonate, both of which are recyclable materials and weighs about 58 grams combined including the juice. Specifically the plastics weigh just under 35 grams. Equivalent cigarette butts of 250 cigarettes weigh about 50 grams. It might seem like a very small difference, but considering the fact that 18 billion cigarettes are consumed in a day, the scale is huge. Also the convenience and ease with which a vape can be sent for recycling is not possible with cigarettes. Vapes can be disposed of as plastic, battery and metal waste easily in existing collection systems and don’t usually end up “flicked” unlike a cigarette butt.

We are not getting into the argument that vape pens and vape pods are healthier than cigarettes (which can be the topic of discussion for another day), but just the environmental aspect of it makes it more sustainable, if we may put it so, as compared to normal cigarettes.

Let us know your thoughts on the same, we would love to hear from you. Also let us know how the vapes are disposed of in your locality as compared to cigarettes. And as always, vape responsibly.