You are here: Home1 / How Many Puffs a Day is Normal

How Many Puffs a Day is Normal 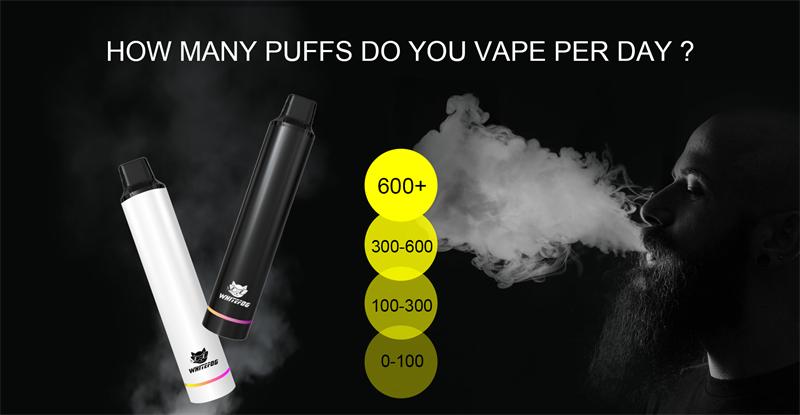 The numbers of vape users are growing everyday. There are an estimated 55 million people who vapes. There are a lot of talks these days around the health risks associated with vaping – Is it better or worse than smoking, is there any other alternative etc. We’ll get to these questions on a later day. But, once in a while, while taking a drag, this question must have surely passed though your mind – am I over vaping? Is there a way someone can over vape? Let’s try to explore that today.

People switching to vaping have quite a few concerns with the amount of drags that they take. How often to take, how long one should be and of course how many. We wish we could give simple answers to these queries, but all of these have many variables that make it a bit complex. It’s all on the individual, the weight, age, other health conditions etc. So yes, it depends on you.

But, having said so, we can help you figure this out. According to a study by Center for Disease Control and Prevention (CDC), a lethal poisoning dose is  50-60 milligram of nicotine. The mortality rate requires even higher doses of about 500-1000 milligram of nicotine, which is very high, so let’s get that over from our list of worries.

But, then again, this begs the question, how many milligrams of nicotine are there in a pod. Well, it depends again on the percentage of nic salt in the liquid. The way to find the percent of nicotine per hit is to get the details of its percent in your juice. There are two ways of representation, which is in percentage or as mg/ml. Lets see the most common quantity by private label vape manufacturers and their breakup:

Again, how many puffs is the average per day and how much nicotine gets into your body? Well, there again, there is no standard measurement or recommended measure for it. In a study conducted in France, in which 185 users were observed for 116 days, titled Real-Time Characterization of E-Cigarettes Use: The 1 Million Puffs Study, it was found that the average puffs per day is 163 (with a variation of ±138). The number of puffs/day of use varied from 1 to 1,265 per user.

In short, like we mentioned, there are a lot of variables, but we hope this gives you a much better clarity on how to evaluate your puffs per day. We also recommend you keep the vapes safe and away from children, as they have the highest probability of suffering from toxic effects of nicotine as the liquid can also be absorbed through the skin. And as always, vape responsibly. Your favourite vape manufacturer – Whitefog.